A home for Franny 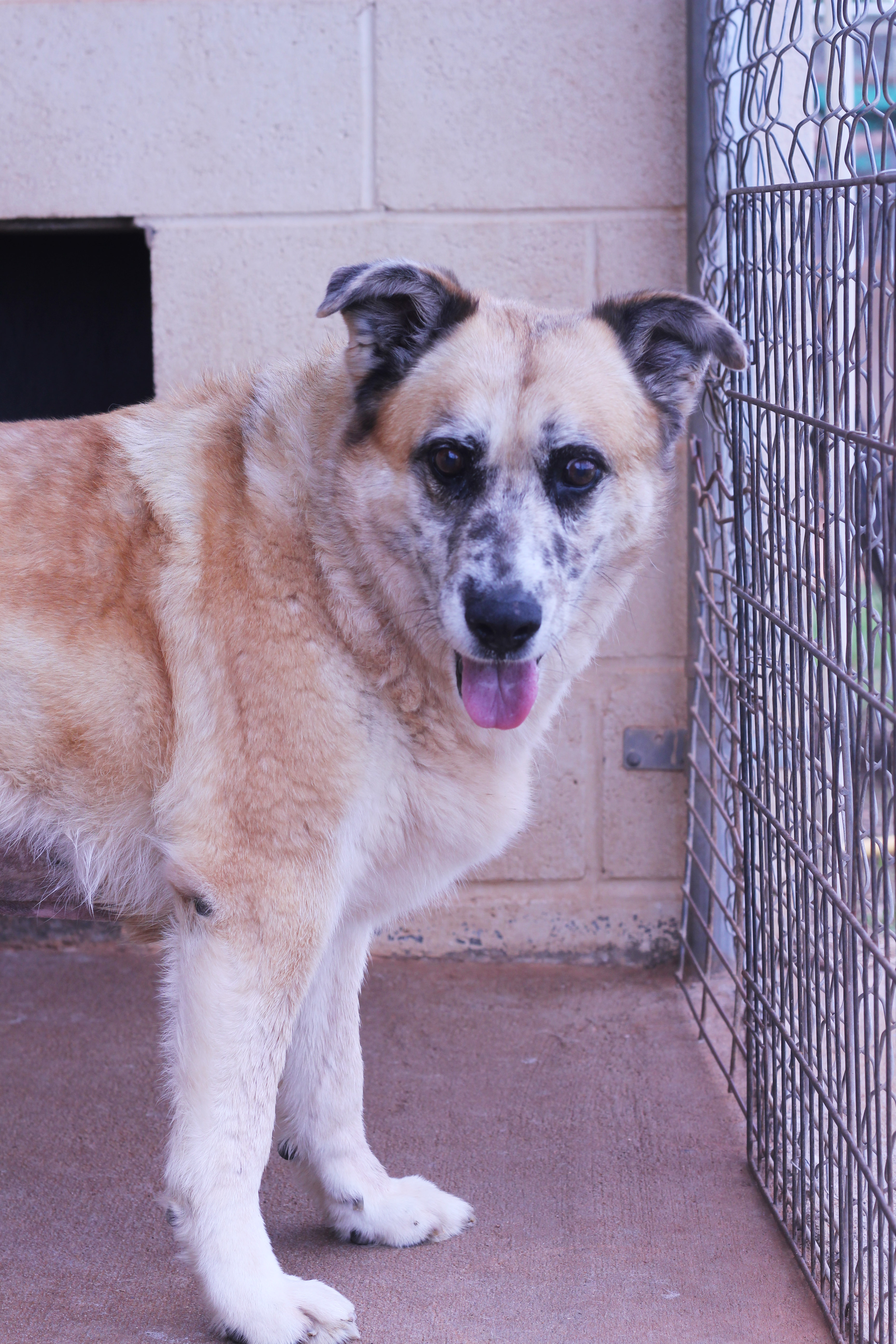 We saw the plea that Franny had been found on the side of the road in the country – shot and unable to walk.

A caring citizen got her to Guthrie Pet Hospital, but the question of where she would go was uncertain.

“We always try to help those who need it most, especially those found in the country with no other options” said Reagan Hamlin, executive director of Free to Live. “We knew she was older and her prognosis was uncertain. In those situations, a stray dog doesn’t have many life lines.”

Thankfully, Friends of Guthrie Animals paid for the initial vet care and Guthrie Pet Hospital released her to Free to Live.

“They were calling her Fanny, but it just didn’t stick. She was our Franny from the moment they carried her to the Bob Moore Rescue Ride,” said Hamlin.

It wasn’t until Cattery Manager Kaycee Chance climbed into the back of the van to soothe Franny that they realized she may not be able to see on top of her leg injury.

“We just couldn’t fathom how someone could be so cruel,” said Chance. “Here is this blind and gentle giant that someone had walked up to and shot for fun. She deserved far better than that.”

It was determined that Franny had been shot in the leg at close range by a BB gun. The pellet had traveled through her shoulder and was most likely sitting on a nerve, causing significant pain and affecting her ability to walk. She was also completely blind.

With patience and time, 10 -year-old Franny learned to use her leg again. This was no small feat given her size as an Anatolian Shepherd mix.

“I remember the first time she came out in her pen wagging her tail and barking at night with the other dogs,” said Hamlin. “It was such a sweet moment to see her figure out this was a safe place where she could be a dog again.”

Staff had high hopes for Franny.

Despite her blindness and leg issue, the goal was always to see Franny enjoy her senior years in a home.

That is why when she was rushed to the vet and it was discovered that she had right ventricular heart failure, staff’s hearts were shattered.

“That is not the story we wrote for her,” said Hamlin. “We wanted her to know several years of love in a home, so she understood that people were kind and she was worth far more than to be shot and left alone to suffer.”

Franny was moved to a puppy pen on property to ensure she stays cool during the summer months. She was also started on a series of medicine to help her be more comfortable for whatever time she has left.

“This is where the sanctuary part of what we do comes into play,” said Hamlin. “We know that whatever animal we commit to – we commit for life. Franny is a part of our family and though it isn’t what we wanted for her, we will love her until the very end. She deserves to know that her life mattered.”