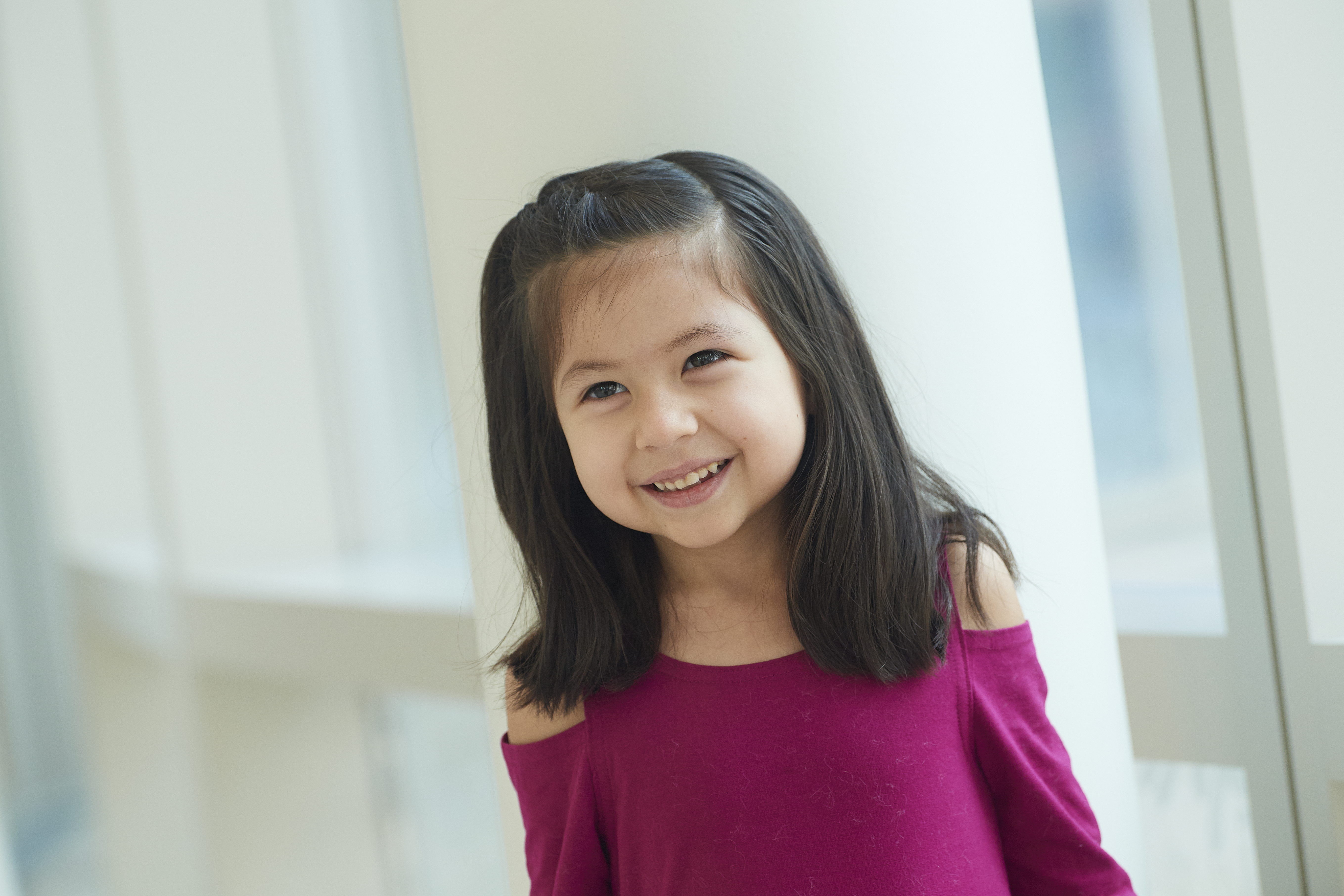 In August 2014, Paola and Paul were on vacation in Canada with their 15-month-old daughter Gabby when the toddler began vomiting, having spasms and seeming disoriented. “We had a feeling it was something serious,” says Paola. The parents’ hunch would turn out to be correct, in the most devastating way.

The family returned to the States and went to a hospital near their home in Northern New Jersey. Gabby’s CT scan and MRI revealed she had medulloblastoma, a brain tumor that starts in the lower back part of the brain, called the cerebellum, which is involved in muscle coordination, balance and movement. Medulloblastoma is the most common childhood brain cancer.

Gabby was admitted to the hospital and two days later she had surgery to relieve fluid buildup in her brain and to remove the tumor. The surgeons told Paola and Paul that they removed approximately 95% of the tumor. Gabby would next need chemotherapy.

At this point, Paola and Paul had a chance encounter with someone they refer to as “their angel”: a mother whose child had also fought a brain tumor. The mother said they should go to a different hospital that had more experience with pediatric brain tumors. She told them they needed to go to Children's Hospital of Philadelphia (CHOP).

They picked up the phone and called CHOP and reached Jean B. Belasco, MD, a pediatric oncologist who specializes in brain tumors. “At the hospital where we were at, Gabby was the only patient with a brain tumor,” says Paul. “So we asked Dr. Belasco, ‘How many have you treated?’” Her response: too many. With this sobering knowledge, Paul quit his job and the family headed to CHOP.

Once at CHOP, “We saw so many other families going through the same thing,” says Paola. “And they were at all different stages, some really far along in treatment, so you can see the possibilities. Suddenly we felt that we weren’t alone.”

Phillip “Jay” Storm, MD, Chief of the Division of Neurosurgery at CHOP, performed another surgery on Gabby to remove the remainder of the tumor. Then her own blood-forming stem cells were collected. She received six months of chemotherapy, which killed the cancer cells, but it also eliminated the blood-producing cells left in her bone marrow. Through a stem cell transplant, she received her own collected stem cells, allowing the bone marrow to produce new blood cells.
CHOP’s Blood and Marrow Transplant Program offers families a state-of-the-art facility where all transplant and supportive services are provided at a single location and where patient comfort and safety are the priority. CHOP is one of the few pediatric centers to have an on-site stem cell processing laboratory.

Gabby’s whole treatment cycle lasted 11 months. Paul says with emotion:
“CHOP is so great because they support the whole family.”

With Gabby given the all-clear, the family resumed their life in Belleville, N.J., returning to CHOP every few months for monitoring. Then, nearly two years after Gabby’s brain tumor diagnosis, in July 2016, Gabby came down with a fever that lasted several days. Then she developed a rash and a stiff neck. The local hospital couldn’t make a diagnosis, but then Gabby saw a cardiologist, and the family faced yet another terrifying diagnosis. It was discovered that the arteries to Gabby’s heart were dilated, a condition called Kawasaki disease.

Kawasaki disease is usually treatable, and most children recover without serious problems. But some experience lasting heart damage. To reduce the risk of long-term complications, treatment should begin as soon as possible. “It should start within 10 days,” explains Paul. “But Gabby had symptoms for 13 days.” She was transported to CHOP by helicopter.

The cause of Kawasaki disease is not known. Treatment involves infusion of an immune protein and high doses of aspirin to reduce the inflammation. Despite the worry about her treatment starting late in the disease’s progression, Gabby responded well, and has no lasting damage to her heart.

Today, Gabby is a charming, outgoing 6-year-old who loves drawing, reading and eating chicken nuggets. Paola and Paul think nothing of making the two-hour drive from Belleville to CHOP. When they walk the halls of the Outpatient Oncology Clinic, they constantly run into staff members they know who warmly greet them.

As Paul puts it, "CHOP is our second home."